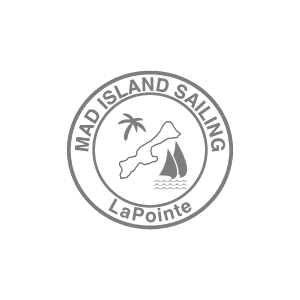 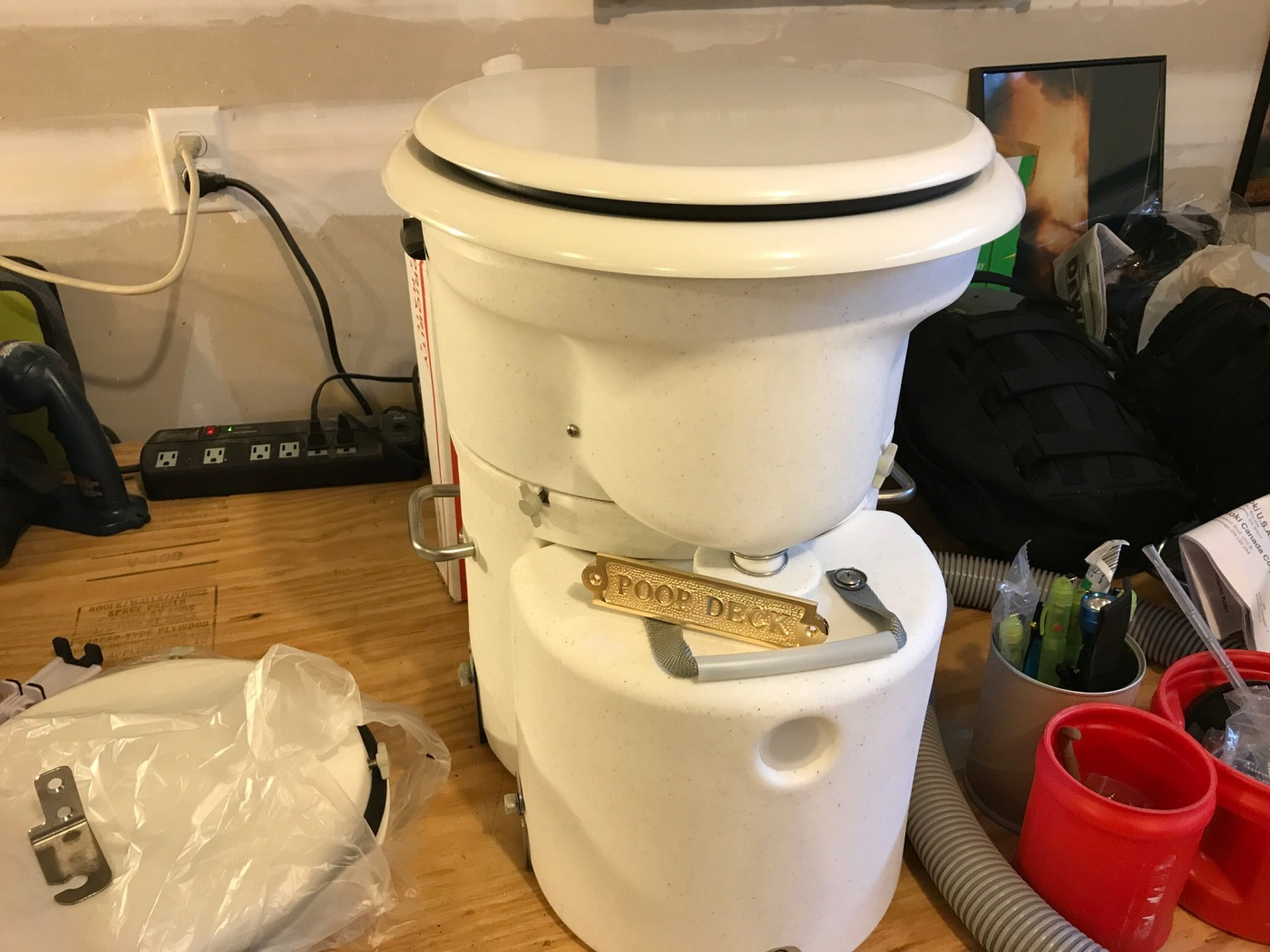 My sincere apologies for the long delay in posting!

The install of the Airhead Composting Toliet.

I started this project during our May 2017 trip up to the Island.

I had ordered our Airhead in late April and it was waiting for me at the house when we arrived.

I say waiting for me, as it was my job to remove the old stinky head and replace it with the new Airhead, while Barb enjoyed her time spent with the Grandkids.

First things first was the removal of the old toliet.

Wasn’t too stinky, since it was pumped out the previous season, and it hadn’t warmed up yet on the Island.

I knew that there probably would be some smell as I removed the hoses. So I pumped a little bleach/water mixture through the toliet, hoses and on into the holding tank.

Several of the hoses where very attached and did not want to relinquish their hold on the toliet or holding tank fittings.

So I had to slice the hoses down the middle and peel them open and pry until they came off.

I had put a dab of Vick’s under my nose and put a mask on for this task.

The holding tank is fiberglassed in and would require a great deal of work to cut out, so I decided to clamp the holding tank connections shut with rubber clamps. The eventual removal of the holding tank, which is located port side under the v-berth will free up that much more storage. I will tackle this job our first winter on the Island.

The installation of the Airhead.

This took place in two parts.

I installed the toliet itself in May and it was easy to bolt the brackets t0 the floor of toliet. It seemed that the height of the toliet itself is fine for myself however I’ll have to make a foot rest for those that are shorter. 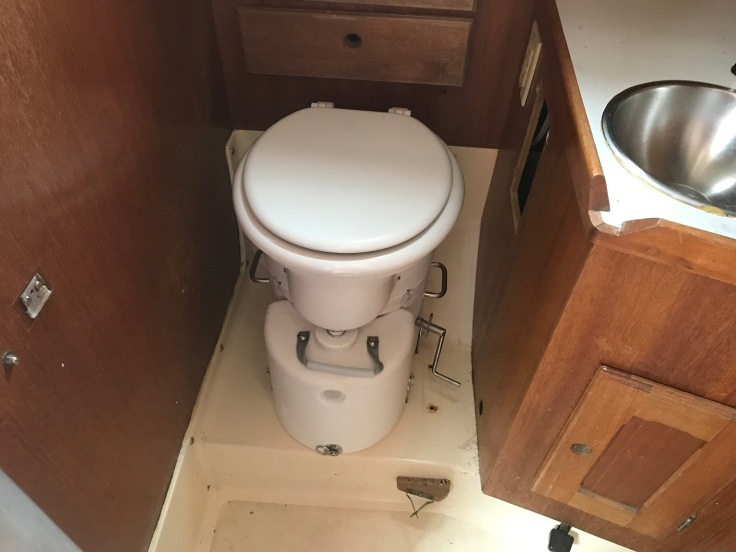 In with the new. It was easy peasy!

My thoughts between the May trip and our August trip turned to where in the to vent the Airhead, as it is recommended to vent and provide constant airflow through the Airhead toliet. I researched where others had vented their Airheads, and weighed it’s appropriate application to my situation. My potential solutions were as follows.

1. Venting through the Anchor Locker.

2. Venting out the back of the boat.

3. Venting through the deck of the boat with a new vent.

4. Venting through the old pump out.

After much thought and until a more permanent solution can be found, I decided to vent the Airhead out through the old pump out using PVC. The main advantages of venting through the pump out are the fact that at seasons end I can pull the Airhead and remove the PVC vent tube. The disadvantage is potential water infiltration when under way in heavy seas. For now she works great though.

So during our first, (very short) 3 week season it was a breeze to use and there was no stink!

I would highly recommend installing a composting toilet!